Zoë Kravitz gave fans an update on whether her hit HBO show, “Big Little Lies,” will be returning for a third season.

“I don’t think it is,” she revealed during a fan Q & A for GQ when asked when the show would resume.

“We talked about doing a Season 3 a lot and unfortunately Jean-Marc Vallée, our incredible director, passed away this last year which was heartbreaking,” she continued.

“And I just can’t imagine going on without him. He really was the visionary for that show. So, unfortunately, it’s done.”

Vallée died at a cabin on the outskirts of Quebec City over the Christmas holiday last year.

“My heart is broken. My friend. I love you,” Reese Witherspoon, the show’s star, tweeted at the time.

In October, actress Laura Dern opened up about the possibility of a third season of “Big Little Lies” at the 2023 Spring-Summer Ralph Lauren fashion show.

The cast of “Big Little Lies” at the season 2 premiere.
(Monica Schipper/FilmMagic))

“I’m gonna be shy about it,” she told Entertainment Tonight. “I mean, we would all love nothing more, we’re like family — just very lucky.” 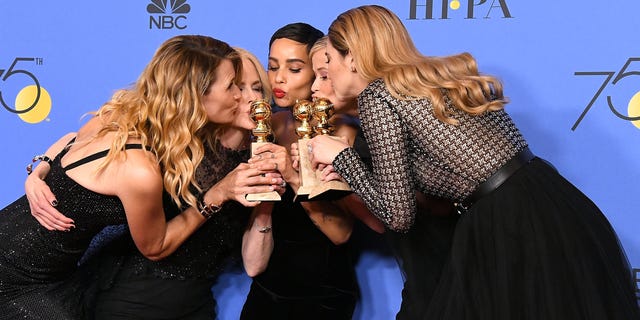 “Big Little Lies” won the award for Best Television Limited Series or Motion Picture Made for Television, at the 75th Annual Golden Globe Awards in 2018.
((Photo by Steve Granitz/WireImage))

Will Mendelson is an entertainment editor for Fox News Digital.